Magandang Buhay (lit. ‘Beautiful Life‘) is a Philippine morning talk show broadcast by ABS-CBN. The program premiered on April 18, 2016, and airs every weekday mornings from 8:00 AM to 9:30 AM on the network’s Umaganda morning block. It also airs worldwide via TFC.

The show’s title is inspired from the former popular line of the same name from the drama series Dream Dad.

From some time in March 2020 until May 5, 2020, the show was instead aired live via work-from-home arrangements through Zoom Video Communications due to the Enhanced community quarantine in Luzon.

From May 5, 2020 until June 2020, the show temporarily suspended airings due to the temporary closure of ABS-CBN due to the cease and desist order of the National Telecommunications Commission after the franchise expired.

On June 15, 2020, the show will resume its taping of new episodes for broadcast on cable-and-satellite channel on Kapamilya Channel every weekday mornings 8:00 AM to 9:30 AM. However on July 13, 2020, the program had no longer aired fresh episodes in favor of replayed episodes. 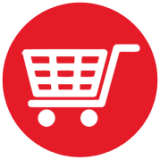